Bird Sounds – The Engineers of Alma

Sea Of Years – Drifting Ever 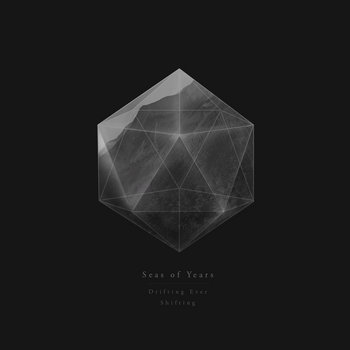 One of the most fascinating parts of listening to postrock (and music in general I suppose) is being able to stand a distance away and watch a group of people come together. They form a band and create a sound. That sound is an expression and when that sound resonates with you, it’s a wonderful feeling that’s hard to describe. And as you watch this group of musicians put out new albums that sound and that expression evolves in unique ways. Mono is a band that many see as one of the biggest faces in postrock. While I try to write reviews from as objective as a point as I can, I would be lying if I didn’t start this by saying that the sound and expression Mono has created in the past has always resonated with me.

When I first listened through The Last Dawn, I heard the expression I’ve come to appreciate from Mono. They somehow create a sweeping orchestral sound through layers of almost dissonant noise. If you are a fan of Mono, The Last Dawn is what you’d expect from them. The sounds and the arrangements are tighter than what we last heard with For My Parents, but this isn’t a step in either direction for the band. That’s not a criticism because the album is gorgeous. Where We Begin is a standout track that encapsulates Mono’s sound.

But then we get to Rays of Darkness, and the game changes a bit. This album felt almost like a big reveal in a movie. When they finally say who the killer was and all you can think is, “I should’ve known the whole time.” The arrangements and the sounds are much darker and much heavier, but they still remain true to the band. Recoil Ignite is a track that might be a bit of a surprise because of its mood, but seems so obvious once you listen to it a few times. The whole album felt almost revelatory.

This is the album where we watch as this group of musicians evolve and express in a new but not unfamiliar way. And now it’s time to talk about what many people are going to be scratching their heads over: The Hands That Hold The Truth. This song brings vocals… well if you can call those vocals. It’s by far my least favorite track on the albums, but I’d like to explain why I could understand and appreciate what they tried to do.

If you listen to the whole track it builds up to the point of a climax, which we would expect of Mono. They are known for their crescendos, but those always came from guitars. In this song, they switch the formula and bring it with vocals. The vocals are harsh, grating, and startling. This is a darker album for them, and it almost seems inevitable that they would have to switch their tone to be darker for this type of song. Unfortunately, they went to a far extreme, but the reasoning seems solid enough.

Overall these two albums welcome you back to the sound of Mono, and at the same time bring you into a new expression of their band. The Last Dawn is a gorgeous example of what this band is capable of producing, and Rays of Darkness shows what we can expect from them in the future. Evolution is inevitable and Mono managed to still be Mono while showing some new and great things.