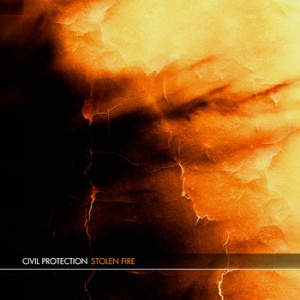 I love new bands. It feels like opening a new book, starting a new tv show, and meeting a new friend all rolled into one. Debut albums make me all giddy, and I always try to play the album in its entirety on my first listen, sometimes twice in a row if it’s not very long. It never feels like a lot of time until the album’s over and I realize I’ve sat alone for a whole hour with a look on my face that probably makes me look braindead.

For a debut album, it’s just stunning. The way they portray certain aesthetics is astonishing. Sometimes you can almost feel a monster brooding in the music. Other times, you can almost hear the pain in the singing. The way they use lyric-less vocals as an additional layer is a most excellent to infuse emotions into their sound. And the sound itself is terrific. The production quality is better than 99% of all the other debut albums I hear, and the mastering is top-notch. There is no overshadowing each other during the loud parts, and no straining to hear the music during the quiet parts.

Outside of the whole debut context, it loses its shine. It feels like a bunch of crescendo-core after a while. It’s good crescendo-core, but it’s still crescendo-core. There are times when the song structure or the melody become too cliche and predictable. After playing the same two chords for eight bars in a row with no layers being added, it becomes less of a climax, and more of a bore. Being bored with music is something that should never happen.

So all in all, I find myself at a bit of a stalemate. “Stolen Fire” is a wonderful technical achievement for such a small band, but on the other hand it has some major issues in the musical aspect of things. The musical aspect is the largest and most important of an album, but the more technical facets of this musical jewel are what I enjoy the most. I thought about this until my head started to hurt.

So if you enjoy the cinematic passages and the metallic riffs, or the crystal clear sound quality and the attention to detail, I would say that you should give this album an earnest listen. If the nerdy parts don’t excite you, maybe something else will.

After you’ve given it a spin, let me know what you thought on twitter @Foofsies or via e-mail at fooferfridays@gmail.com

Next week I’ll be reviewing Appalaches’ “Mon” album, be sure to check it out here!