Every so often I’m moved  by something so beautiful that it inspires me to just write, and I don’t stop until everything on my mind is out in the open. Sometimes those writings get saved into a folder on my desktop never to be read by anyone but myself. Other times they wind up on Postrockstar or one of my various social media accounts. Today I’ve been inspired to tell you about the story of Jeffrey Wright. Wright is a California musician who plays guitar and sings  for an indie/alternative band called The American Scene, but that’s not why I’m writing about him today.

Drawing inspiration from the arrival of his firstborn son Owen, Jeffery created ‘Kinship’, an ambient post-rock album under the moniker of Unconditional Arms as a gift to his son. The album was funded entirely via a kickstarter campaign held earlier this year and I have nothing but respect for the 43 backers who were able to make Jeffrey’s idea a reality.  His vision and reason for creating this 6-track album is the perfect example of why I have such a deep love for post-rock and the surrounding genres. I find that when I can make an emotional connection between a musician and their work I tend to enjoy their music much, much more.

In his own words,

“The main question that is brought up to me when I reveal to others that I’m having a baby is them asking if I’m ready for it or not. After a long bit of thought I arrived at my personal conclusion. I’m as ready as I’ll ever be. In this realization and life altering time, I’ve found a spark of inspiration and drive to give everything that I have to this person who doesn’t even exist yet. Which brings me to my next question: What do I have to give?

I have the gift of music. Sure, it’s not a trust fund or a brand new 4 bedroom house. It’s something that I’ve been passionately pursuing for years and a representation of everything that I care about in this life. I work in music as my job and I write music as my catharsis. I want this child to have everything I have to give right from the moment it’s born and writing an album is more meaningful than anything else I could possibly think of. “

‘Kinship’ is a 26-minute odyssey that doesn’t stray too far from the ambient post-rock front. The album does a very good job at welcoming the listener with its soothingly cheerful and predominantly light demeanor. Musically each of the six tracks represents a different style of song writing. You have the intro track “The Family Tree” that is your more straightforward song full of catchy and clever guitar work which is followed by “Television on the Weekends” , a more slower, experimental ambient effort that only starts to pick up in intensity in the final moments. This leads into “First Look” that begins with a recording of couple (potentially Jeffery and his significant other) discussing the potential sex of their unborn baby before the song evolves from light guitar murmurings into a full-scale third wave jam driven by dominating drums and a spiraling crescendo that never wants to quit.

“Transition and Finality” offers a more drone approach to song writing with a persistent rattle that never goes away as well as static-laden offerings. “Conscious Whirr” is where ‘Kinship’ spikes in heaviness as it leaps out quickly with a strong backing drum track and a much tighter and focused sound that sees it finish with a loud breakdown amidst aggressive drumming,  ‘Kinship’ concludes with “Rest”, a short two-minute heartfelt acoustic finish that really does a great job rounding out the album and bringing it back full circle with a catchy closing number.

Jeffery’s son Owen has only been a part of this world for three short months yet his impending arrival inspired his Father to create a beautiful album that will be heard and enjoyed by thousands of listeners. This album is far more than just a gift from Father to Son. It’s a representation of love for life and music by a conscientious soul who sees the world around him and the life he has created for far more than just face value. ‘Kinship’ reinforces the idea that we can make a meaningful impact in this world by doing whatever it is that we do best. Through Unconditional Arms, Jeffery has not only provided an amazing welcoming gift to his son but he has provided the rest of the world with a chance to peek into the window of his soul and experience the raw emotion of a major turning point in a young musicians life. For that Jeffery Wright has my respect and hopefully he will have your ears as well. 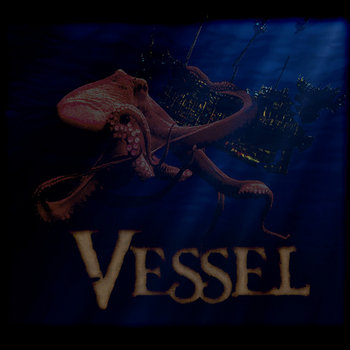 PostRock Star
Create a free website or blog at WordPress.com.